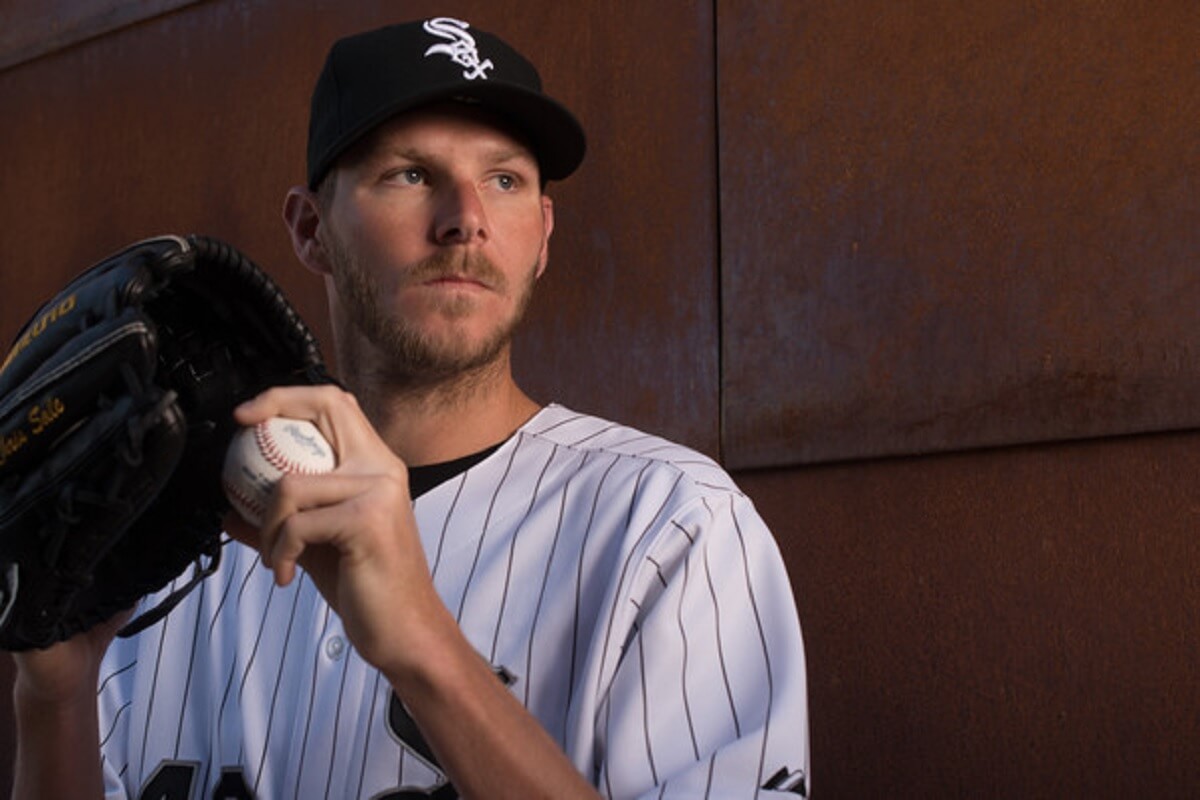 In case you haven’t heard, the Chicago White Sox had planned to wear a 1976 throwback jersey on Saturday. Starting pitcher Chris Sale didn’t like the look or feel of the jersey. So he threw a temper tantrum by cutting up his jersey. Then he escalated his tantrum by cutting up ALL OF HIS TEAMMATES JERSEYS as well.

Needless to say, White Sox management was not happy. They benched Sale, then suspended him for five games.

Now Chris Sale is apologizing. But as with many apologies these days, he isn’t really sorry.

Sale starts his apology interview by explaining why he didn’t like the throwback jerseys. He had never pitched in a untucked jersey before and was afraid it would affect his performance. He also felt that the throwback jersey phenomenon, while popular with fans, distracts the team from focusing on winning.

When he arrived Saturday and the ’76 throwbacks were set out for the players, Sale again took his issue to Cooper and manager Robin Ventura, with whom he admittedly lost his cool. He did not get the answer he wanted and, upon returning to the clubhouse, Sale reportedly cut up his uniform and then those of his teammates, rendering them unwearable.

“When I saw that there was something in the way of that 100 percent winning mentality, I had an issue,” Sale said. “I tried to bring it up and say, ‘Hey listen, these are my thoughts and concerns,’ and they got pushed away because of the business deal that was set in place. I’ll never understand why we need to do something on the business side on the field that might impede us winning a game.”

Who hasn’t felt pushed aside at one time or another by their bosses? Who hasn’t thought of an idea that would help the company and/or its employees do a better job in a certain area, only to have that idea squashed like a bug?

But that’s the nature of business. Bosses often make decisions that cause employees to roll their eyes, groan, and wonder what the bosses were thinking. Employees aren’t always privy to the reasons why management make certain decisions while management is often ignorant of how their decisions affect those below them. It’s a sad reality, but it is the reality we live in.

What an employee cannot do, however, is throw a temper tantrum because they don’t get their way when they talk to management. You don’t go around breaking every employees’ new chair because management didn’t listen to you when you asked that they buy chairs with increased lumbar support so everyone would be more comfortable when sitting for long periods of time.

While most employees would be fired on the spot for pulling a stunt like that, a contract covers Chris Sale which likely prevents that from happening. That doesn’t mean Sale doesn’t feel any pressure from his actions, which is what led to the following “apology.”

Ventura made the decision to scratch Sale, and Sale apologized Monday to the fans who came to see him and to his teammates, especially the bullpen, who he said he owes big time for their carrying the team in his place.

“I have regret, because I play 33 times a year at most in the regular season. So I put a lot of emphasis on when I play and I take a lot of pride in work that I do,” Sale said. “When I can’t or don’t do that, yeah, I have disappointment in myself for not being there for my guys.

Furthermore, Sale is equating the tearing up of the uniforms with saying that “business should not be first before winning.”

Somebody needs to reevaluate Sale’s contract because he isn’t sorry for what he did. He’s not worth the $32,500,000 he’s being paid.