As you may have heard on Friday, President Donald Trump hired author, financier, and former Fox News contributor Anthony Scaramucci as his new Communications Director. The very next day, Scaramucci sent out the following tweet:

I can see why Scaramucci would want to delete some of his old tweets now that he is Trump’s Communications Director. After all, he praised Hillary Clinton, stated support for strong gun control laws, called former House Speaker Newt Gingrich an “odd guy,” and said he was pro-choice. The Daily Beast has posted some of the tweets that Scaramucci deleted (or might want to delete soon).

In his tweet above, Anthony Scaramucci starts by saying: “Full transparency.” I fail, however, to see how mentioning he is deleting old tweets is full transparency without somehow also mentioning which tweets he is deleting. Full transparency would be creating a list of tweets that you deleted and posting them somewhere for people to view them. That, of course, would sort of defeat the purpose of deleting those tweets in the first place. After all, when you delete a tweet your hope is that no one will remember what you tweeted in the first place. Which, when you are a public figure, isn’t really possible.

Scaramucci then mentions that his past views, presumably the views professed in the now deleted tweets, has evolved. I don’t know if Scaramucci’s views have really evolved or if he is simply masking them while he works for Trump. After all, he does say in his tweet that he “serves POTUS agenda and that’s all that matters.”

Don’t get me wrong. I do believe people’s views on particular issues or situations can and do evolve over time. Barack Obama’s views on gay marriage have evolved twice since the mid-90s. There are things I used to believe when I was younger that I no longer believe now.

But by deleting those old tweets, Scaramucci is letting it be known that he has no interest in discussing how his views have changed or evolved. He misses out on an opportunity to explain what, exactly, has changed.

Finally, Scaramucci says that his past views and tweets “shouldn’t be a distraction.” The problem is, the act of deleting those tweets HAS created a distraction. His actions created the very distraction he says he didn’t want to create. It’s not that his past tweets wouldn’t have been brought up. They would have. The news media and bloggers on both sides of the aisle would have searched his timeline and posted the tweets. But the narrative would have been different. Scaramucci would have had the ability to explain how his past views have evolved, why he feels a loyalty to Trump now, and why he feels he is the right man for the job.

Anyone who has spent time on Twitter, Facebook, YouTube, or any of the other social media sites will have at least one or two stories of how they posted something they wished they shouldn’t have. For most of us, we can delete the items we regret without ever having to worry about explaining them to someone in the future. When you are in the public eye, however, the deleting of those items can become the story. As Scaramucci now knows. And probably should have thought about before deleting them. 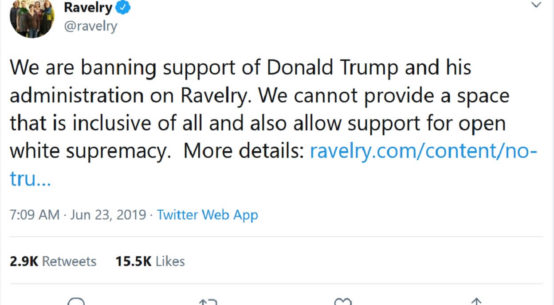