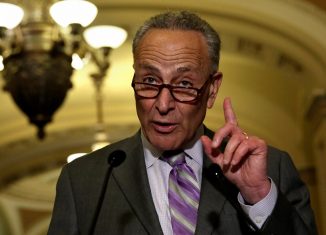 Yesterday, the United States Senate confirmed Betsy Devos as Education Secretary. Democrats managed to convince enough republicans to vote against Devos, resulting in a 50-50 tie. Vice President Mike Pence then cast the tie-breaking vote in favor of Devos. To say democratic Senator Chuck Schumer was unhappy with how things turned

It's funny how the change of the letter in front of the President's name can cause a person to abandon what he believes and to start believing in just the opposite. Last February, Supreme Court Justice Antonin Scalia passed away. Republicans, who controlled the Senate, decided that (D) President Barack Obama,